Today, I needed music to calm my mind – do some mind decluttering. Have you ever wanted to declutter your mind of negativity and stuff that occupies your thoughts but does not move you forward?

~Have a peaceful weekend~

I created a NEW Coaching Program for Kids, to help them organize their schoolwork: Homework, Note Taking, and Study Skills to start them on a pathway to being focused and purposeful with their school career while bringing them self-esteem and general wellbeing. (8/2022)

Our Lifestyle Organizers specialize in handling the personal, tangible property items during the process of settling an estate, as well as assisting the professionals, individuals, and families involved.

When a client finds us, or an attorney first refers a client to our Lifestyle Organizer, the person has usually just suffered a loss. Not only is this person handling the new, and many times unexpected, issues at hand, but they are doing so while grieving.

Everything seems harder and much more overwhelming in these circumstances. As a compassionate and experienced professional on your side in a complex and overwhelming process, a Lifestyle Organizer can be the perfect ally.

If you have never heard of Karen Souza before, you’ll love her in the end!

Take a listen to laura – she’ll plant some seeds about time management skills.

Have the best weekend

“Why is this night different from all other nights?” This is a question that is asked by the youngest member of a Jewish family (or the American housecleaner…Me!) at the Passover Seder. On Passover, it’s considered the family duty to retell the story of the exodus out of Egypt when God “passed over” the homes of the Israelites during the last of the 10 plagues.

Each of the six items on the Seder plate have a specific meaning in regards to the story of Passover.

I believe if you’re going to have people trust you to come into their homes and businesses, you need to respect their cultural traditions that make their lives “make sense” to them, along with giving them a connection with their family and friends of their cultural background. We can learn so much from each other if we would open our hearts first and then our minds.

Our minds are like parachutes, they mean nothing if they don’t open! 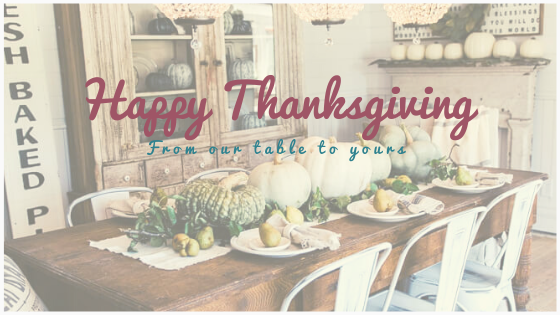 From our home and heart to yours I wish you a Happy Thanksgiving. I know it sounds clique but, you can always find something to be thankful for in your life. Thanksgiving Day is a good day to recommit our energies to giving thanks or just giving. May you have at the table people that love and respect you, plenty of food to feel thankful, and lots of laughter . . .

“The unthankful heart discovers no mercies; but let the thankful heart sweep through the day and, as the magnet finds the iron, so it will find, in every hour, some heavenly blessings!” – Henry Ward Beecher